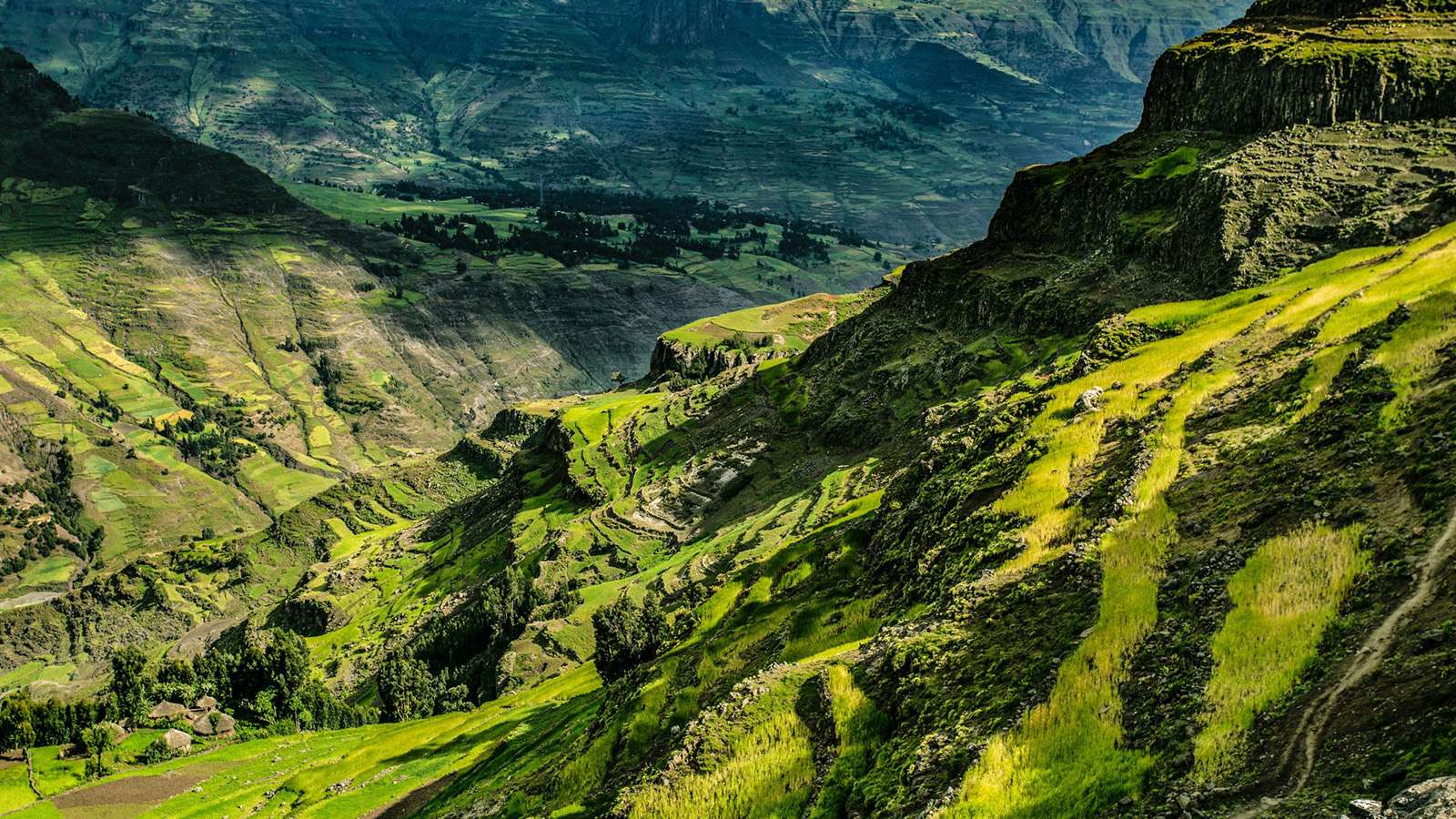 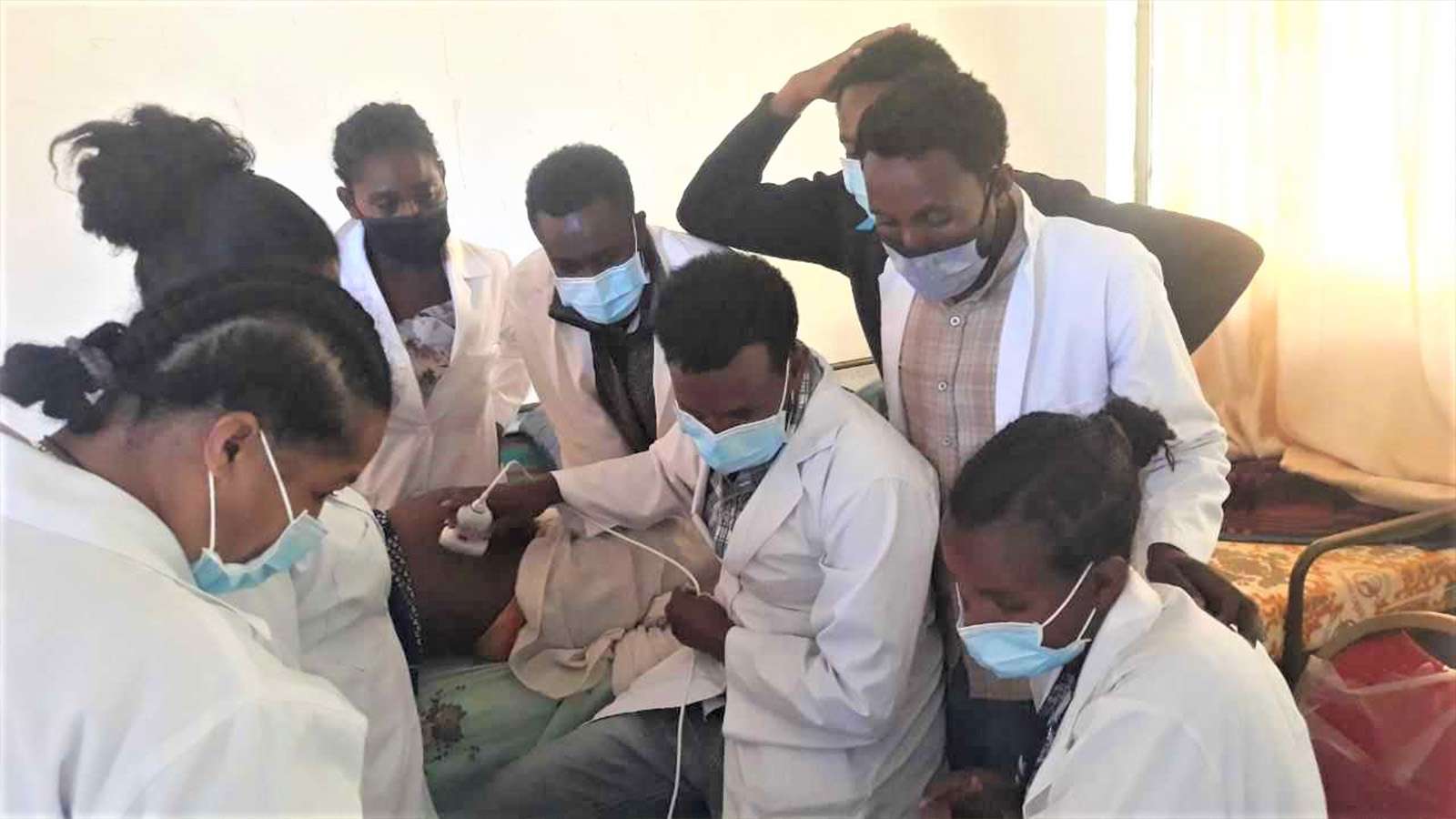 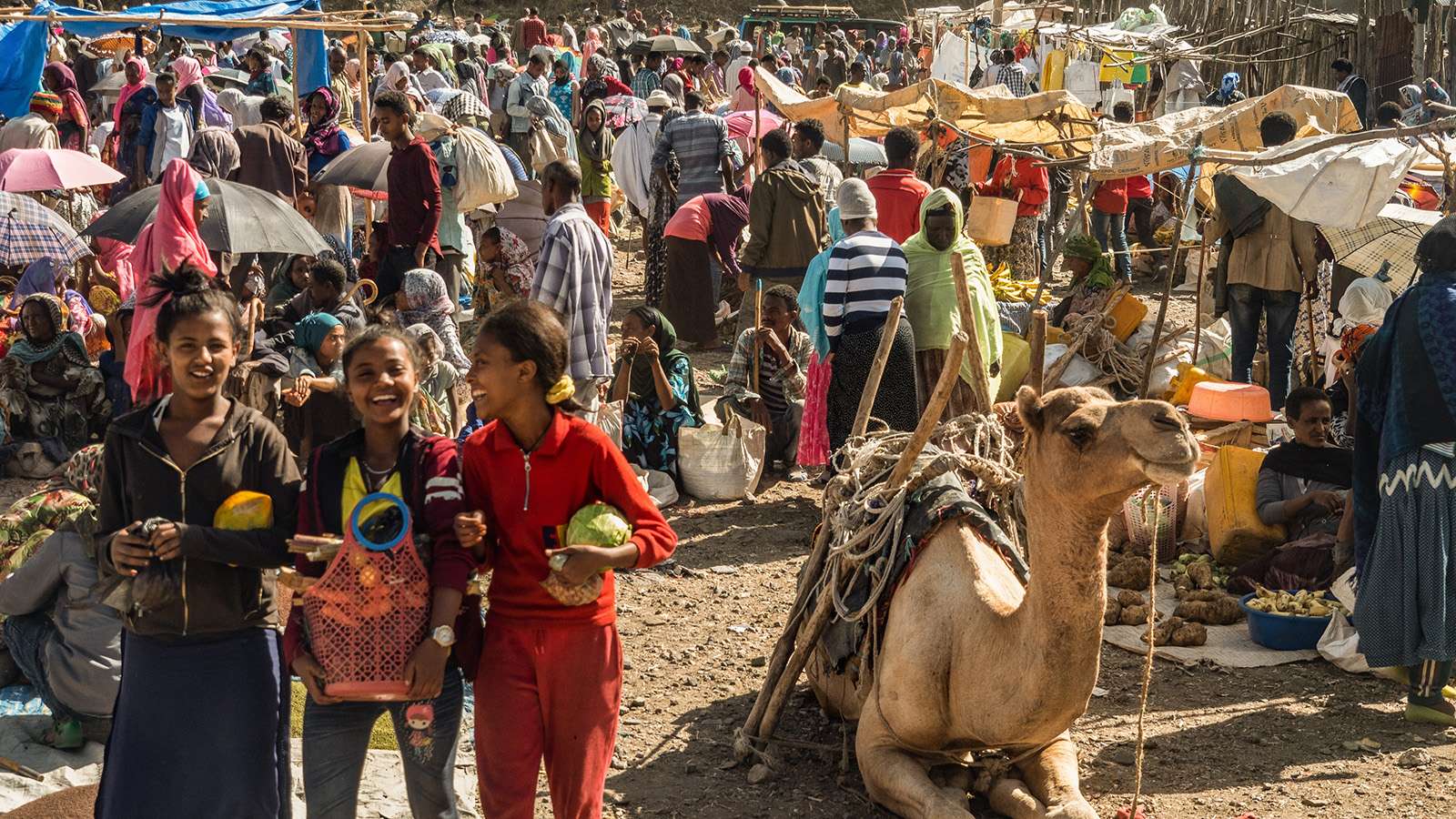 Canadian Physicians for Aid and Relief

Josephine*, a 32-year-old mother living in central Ethiopia, learned she was expecting twins. This fact alone made her pregnancy high-risk. When a woman is pregnant with multiples, she is more likely to have complications in pregnancy and premature delivery.

Adding to her risk factor was Josephine’s remote location; the North Shoa Zone in the Oromia region of Ethiopia – an area with limited access to antenatal care.

During Josephine’s pregnancy, ultrasound testing became available at the Hambiso Health Centre, a facility near her home. Her technician, trained as part of the testing phase of a project by Canadian Physicians for Aid and Relief, was able to perform an ultrasound and interpret the results while paired with an obstetrician in the nearby hospital. 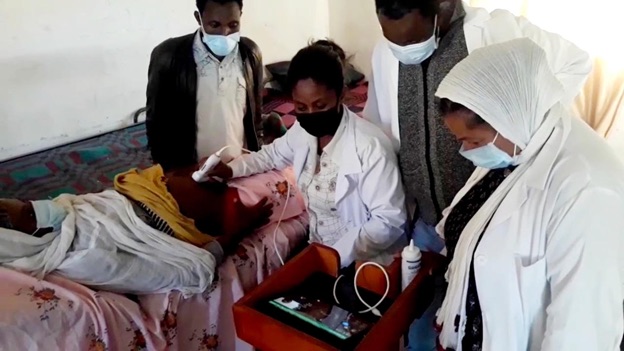 This appointment could very well have saved her life, and that of her unborn children.

One of Josephine’s twins was breeched, which means it was not in a head-down position ideal for delivery. A breeched baby drastically increases a woman’s need for medical intervention, however hospitals in urban centres are often logistically and financially inaccessible to the 80% of Ethiopians who live in rural areas. After receiving this invaluable information, Josephine decided to give birth in a medical facility with surgical services.

With one of the highest maternal mortality rates in the world, women in Ethiopia suffer from 412 deaths per 100 000 births, which is double the global average. In rural areas, the chances of maternal mortality and stillbirth are even higher. Josephine was fortunate to have access to ultrasound services, but historically many women in her region have not. Around 25% of mothers do not receive any antenatal care (ANC) due to lack of ANC accessibility. Most mothers responding to the project baseline (>50%) had never received any advice on dietary requirements during pregnancy and more than 70% had never taken iron, folic acid or other supplements during their pregnancies.

Ethiopia has one of the highest maternal mortality rates in the world. 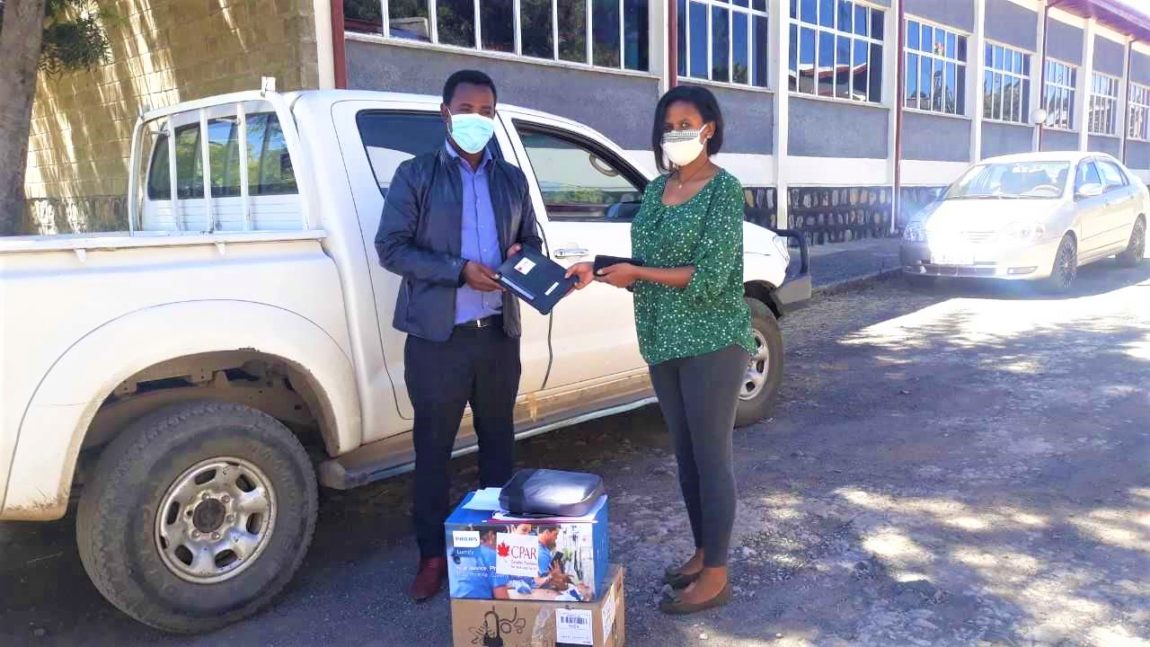 Supported by the Fund for Innovation and Transformation, CPAR is testing an innovative approach to improve ANC and obstetric services through the use of ultrasound technology in remote locations of the North Shoa Zone. The project aims to decrease maternal mortality, increase capacity and support accessible medical care by providing more timely and accessible antenatal care (ANC) to pregnant mothers in rural areas of Ethiopia. The test includes the provision of telemedicine services using the synchronous-based Phillips Lumify ultrasound technology that can be used in low resource areas, coupled with the training of 14 local front-line healthcare workers (midwives and health officers) who are linked to an obstetrician in an urban hospital. It also included a communication campaign aimed at informing the communities about the benefits of ANC, and the provision of technical and material support to participating health centres.

The results thus far are promising. At midline, the reduction of obstetrical complications has surpassed the target of 5% and reached up to 20% in target areas. Both healthcare workers and patients are reporting excellent uptake and response. The cost-free and accessible nature of these services helps women avoid costly and laborious trips to specialized hospitals in urban areas.

“Rural women deserve the same access to antenatal care as their
urban counterparts, and this project will work to build the capacity needed in healthcare centers for that goal to be achieved,” said Sandra Abeje, Project Manager.

*names have been changes to protect identities